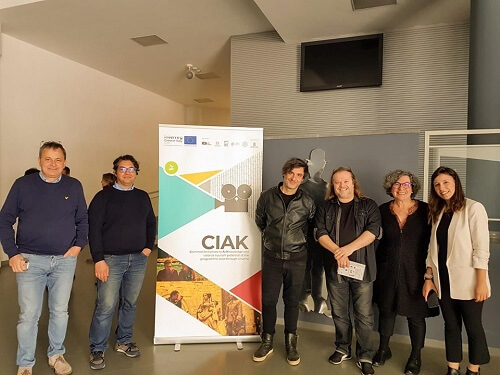 The call-winners were selected by a first-class international commission including Alexandros Avranas, Greek director, documentary filmmaker and screenwriter, winner of the Silver Lion for Best Director for "Miss Violence" at the 2013 Venice Film Festival; Graziella Bildesheim, Italian producer, member of the Jury of the Premio David di Donatello Italian Film Academy and member of the Board of the European Film Academy; Andamion Murataj, Albanian film director, producer, and screen writer, winner of the Silver Bear for Best Script (with Joshua Marston) for "The Forgiveness of Blood" at 2010 Berlin Film Festival. The other members of the commission were Massimo Modugno, responsible of the Production and Audiovisual Projects Office at Apulia Film Commission, and Giovanni Antelmi, technical assistance of the Foundation for CIAK project.

The mentioned call, published on 21st December 2018, aims to realise 10 short movies telling stories, characters and places able to authentically explore the relationship between Puglia and Greece. Out of 10 winners, 6 come from Puglia and 4 from the Greek regions involved in the project: Region of Epirus, Region of Western Greece and Region of Ionian Islands.

The project CIAK “Common Initiatives to AcKnowledge and valorize tourism potential of the programme area through cinema”, funded under Interreg V-A Programme Greece-Italy 2014/2020, aims to promote the natural and cultural heritage of the involved regions through initiatives linked to the audiovisual sector, as short movies, screenwriting workshops and film festivals.

Apulia Film Commission Foundation is the lead beneficiary of this project in cooperation with four Greek partners, the Region of Epirus, the Region of Ionian Islands, the Region of Western Greece and the Ionian University – Research Committee. Associated partner is Puglia Region Department for Economy of Culture, Tourism and Valorization of Territory.