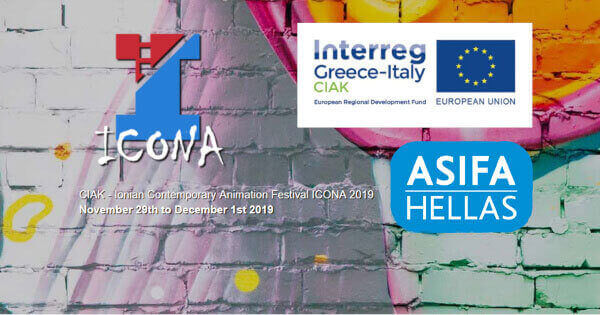 The first Ionian Contemporary Animation Festival ICONA 2019, organized by the Department of Audio and Visual Arts of the Ionian University within the framework of the CIAK Interreg program under the scientific supervision of Assistant Professor Michalis Panagopoulos, had a great participation with almost 1.000 submissions of movies.

Although competition was fierce, the committee's work was successfully completed with a selection of 135 films - 72 short films and 63 student films – from 48 countries.

First of all, we would like to thank everyone who submitted their films to the ICONA festival and congratulate the final contestants.

Also, we would like to thank the Film Selection Committee which, in collaboration with Art Director of the Festival Konstantinos Tiligadis, Associate Professor of the Department of Audio and Visual Arts, completed its significant work.